Wednesday on Mornings with Eric and Brigitte, author, Eric Metaxas joins us to share breathtaking—and sometimes astonishing—new evidence and arguments against the idea of a Creatorless universe. He shows that much we have assumed about the biggest questions of human existence is in fact dramatically outdated — and is therefore in need of the most urgent reevaluation. Eric Metaxas will also be the guest speaker at Coral Ridge Presbyterian Church on Wednesday, September 8 at 6:30 p.m. addressing the topic of his new book.

The pain of suicide loss is indescribable. It seems beyond survival. Yet with faith, perseverance, and the tools of brain science, there is a way through. It will take time. It will take struggle. But hope is real, for there are things you can do to make it to the other side. Licensed professional counselor, Rita Schulte joins Mornings with Eric and Brigitte on Wednesday to share that she understands the pain you're feeling, because she's been there too and wants to help you move forward. 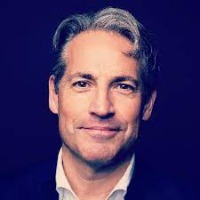 Eric Metaxas is a New York Times best-selling author of numerous books including the award-winning biography Bonhoeffer which has sold more than 800,000 copies and has been translated into 19 languages. A prolific writer, Eric has authored essays, poetry, op-ed articles, book and movie reviews and more than 30 children’s books. He is also a public speaker and host of the Eric Metaxas Show, a nationally syndicated radio program heard around the U.S. Eric can also be heard on Chuck Colson’s Breakpoint radio commentary that’s broadcast on 1,400 radio outlets with an audience of eight million listeners. He resides in Manhattan with his wife and daughter. 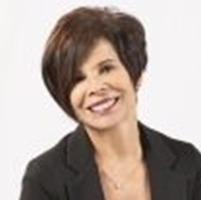 Rita A. Schulte is a licensed professional counselor who specializes in the treatment of mental health disorders. In 2011, she created Heartline Radio, a broadcast show that addresses cutting-edge mental health issues and provides content to educate and equip listeners in how mental health affects our culture. She received her B.S. in psychology and her master’s degree in counseling from Liberty University. Rita is no stranger to loss and suffering. In 2013, she lost her beloved husband to suicide and her world was decimated. She speaks candidly about this loss at her national workshops in the hope of helping others heal. Rita makes her home in the northern Virginia suburbs of Washington, D.C.