Little Pilgrim's Progress is a simpler version of the timeless classic faithfully adapted from John Bunyan’s allegory of the Christian life. In this fresh, imaginative new edition, bestselling illustrator Joe Sutphin, who is Wednesday's guest on Mornings with Eric and Brigitte, portrays the characters of Bunyan’s tale as furry creatures living in a woodland realm. This book preserves the original plotlines of Bunyan’s classic while telling the story of Little Christian and Christiana in a way that kids can understand.

Hour 2: Discovering God Through the Arts

For many Christians, paintings, films, music, and other forms of art are simply used for wall decoration, entertaining distraction, or worshipful devotion. What if the arts played a more prominent role in the Christian life, and they could be used as tools for faith-building, life-changing spiritual formation for all Christians? Wednesday on Mornings with Eric and Brigitte, Terry Glaspey, author of the book, Discovering God Through the Arts examines how your faith can be enriched, and you can discover how beauty and creativity can draw you nearer to the ultimate Creator. 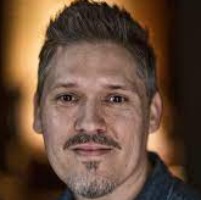 Joe Sutphin is an illustrator of books for kids such as Andrew Peterson’s beloved Wingfeather Saga, the New York Times bestselling Word Of Mouse by James Patterson, the official graphic novel adaptation of Richard Adams’s timeless classic, Watership Down (Ten Speed, 2022), and the newly envisioned edition of Little Pilgrim's Progress (Moody Publishers, Aug 2021). His love of nature, and of the living creatures in the fields and woods around his home, has informed his art for much of his life. Joe lives in a barn in Ohio with his wife Gina and a bunch of cats. 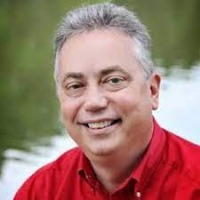 Terry Glaspey is a writer, editor, creative mentor, and someone who finds various forms of art—painting, films, novels, poetry, and music—to be some of the places where he most deeply connects with God. He has a master's degree in history from the University of Oregon, as well as undergraduate degrees emphasizing counseling and pastoral studies. He has written over a dozen books, including Not a Tame Lion: The Spiritual Legacy of C.S. Lewis, The Prayers of Jane Austen, 25 Keys to Life-Changing Prayer, Bible Basics for Everyone, and others. He has two daughters and lives in Eugene, Oregon.