Monday on Mornings with Eric and Brigitte, Pat Williams, author and co-founder of the Orlando Magic talks about times of crisis and how those times call for "revolutionary leadership". In Revolutionary Leadership: Essential Lessons from the Men and Women of the American Revolution, Williams highlights more than twenty-five men and women, famous and obscure, of European and African descent, who were leaders of the revolution in a variety of ways. He also believes that "American independence could not have been achieved without great American leadership and the hand of God".

Hour 2: What If Jesus Was Serious About Prayer? (Best Of)

People like to say, "Prayer works." But what does that mean? Prayer works for what? Getting the answers from God that we want so much? While God certainly cares for your deepest needs, our author wants you to know that prayer is so much more than a two-way transaction with a heavenly vending machine. Pastor and speaker, Skye Jethani joins Mornings with Eric and Brigitte on Monday and wants to take you deeper into what Jesus, the lover of your soul, had to say about talking with God.

Monday on Mornings with Eric and Brigitte speaker and author, William Federer spends a few minutes in this best of conversation telling us what makes the United States unique in the history of the world. He also tells us a story from his book, Miracles in American History and how prayer played a key part in our nation's history. 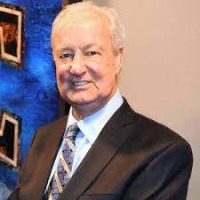 Pat Williams is a basketball Hall-of-Famer, co-founder of the NBA’s Orlando Magic and former general manager of the Philadelphia 76ers. One of America’s top motivational and inspirational corporate speakers, Pat has addressed employees from many of the Fortune 500 companies. Pat is also the author of over 100 books, his most recent title being Revolutionary Leadership.