Christians today are bombarded with exhortations to "live your best life." This message, which is the foundational core of the prosperity gospel, comes either directly or through ideas of "God-sized dreams," a "vision" for your life, and "reaching your true potential." Pastor and author, Dean Inserra believes that this new prosperity gospel is one of the greatest dangers to the Church today, and his new book is an earnest call for Christians to understand the hollow messages of personal prosperity and combat it with gospel truth.

Dr. Jim Coakley, Professor of Bible at MBI joins Mornings with Eric and Brigitte on Wednesday to share some Bible Study Tips with us! If you want a new, fresh way to approach your bible study, try looking for some repeated elements at the beginning and end of a chapter or a book in your bible reading. The repetition of a concept, clause, or sentence at the beginning and end to tie a message together gives it closure and acts like "bookends".The Bible does not communicate in a random, haphazard fashion but is artistically structured! 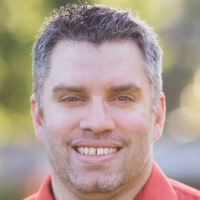 Dean Inserra is a graduate of Liberty University and holds a M.A. in Theological Studies from Midwestern Baptist Theological Seminary. He is pursuing a D. Min. from Southern Baptist Theological Seminary and is the founding pastor of City Church. He is passionate about reaching the city of Tallahassee with the Gospel, to see a worldwide impact made for Jesus. Dean is married to Krissie and they have two sons, Tommy and Ty, and one daughter, Sally Ashlyn. He likes baseball, wrestling, and the Miami Hurricanes.