Inflation is here to stay as the impact of shutdowns and supply chain disruption take hold, according to one chief economist. "You can't turn economies off like a light switch", and "there will be ramifications from shutdown restrictions". Moody Radio financial expert, Glenn Zimmerman joins Mornings with Eric and Brigitte on Monday to share his thoughts on how inflation affects the economy, and what's good and what's bad about it!

Hour 2: Hope in the Holy Land

Justin Kron joins Mornings with Eric and Brigitte on Monday to help listeners gain a better understanding of what's currently going on in Israel. Additionally, an award-winning feature documentary Justin co-created and produced about the Israeli-Palestinian conflict was released worldwide on May 14, and he will share with listeners how this film will seek to shed some helpful perspective and compassionate understanding on how this conflict affects everyone living in the Holy Land. 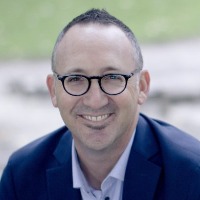 Justin Kron is the founding coordinator of the Kesher Forum, a learning community and network based in Chicago for those who want to learn more about the Jewish foundations of the Christian faith, and he speaks regularly at churches about antisemitism, building bridges with our Jewish friends and neighbors, and better understanding Jesus in his Jewish context. He has also led numerous study tours to the Holy Land and recently released a highly acclaimed documentary film he co-created and produced on the Israeli-Palestinian conflict called HOPE IN THE HOLY LAND (available on demand and Blu-ray through SalemNow starting on May 14).