Hour 1: Life After a Financial Loss

There are times when we're just living life, and something unexpected takes place--a job loss happens, and our dreams are derailed. How do we get back on track? Moody Radio financial expert, Glenn Zimmerman joins Mornings with Eric and Brigitte on Monday to encourage us that getting back on track won't happen overnight, but over time, lots of good, small decisions can heal that financial loss--sometimes faster than we expect.

Hour 2: A Story of Tragedy, Loss, and Redemption

Gary Miracle was with MercyMe in the early days of the band’s career, selling merchandise and driving a tour bus. Miracle has stayed close with the band ever since then, which is why their new single, “Say I Won’t,” is written about Miracle, and the heartbreaking journey he has been through the past few months. Gary and Kelly Miracle were living a very typical life when Gary suddenly became very sick, and in a matter of days, life as they knew it changed forever. Monday Gary joins Mornings with Eric and Brigitte to share his testimony of tragedy, loss, and redemption. 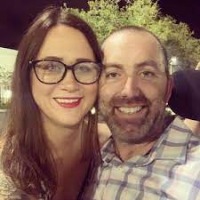 Gary Miracle lost both arms and legs in January of 2020 after falling into septic shock. His wife and four children are supporting him throughout this challenging time, and his story is one of strength and profound faith. MercyMe’s album coming spring 2021, “Say I Won’t” was inspired by the story of Gary Miracle, who worked with the band for many years on the road. The video captures vulnerable and victorious moments, including watching Gary put on his prosthetic arms for the first time, re-learning to write, and declaring that he will walk again! The lyrics in the song, mixed with the video’s images, fully capture the depth of Miracle’s suffering while shining light on God’s ability to turn any tragedy into a stunning victory through perseverance.