Mercy Me is releasing their new album today, inhale (exhale), and their guitarist, Mike Scheuchzer will be joining Mornings with Eric and Brigitte on Friday to talk to us about this new release. The band made the most of the quarantine to put together what the industry is saying is their best work yet. It was written, recorded, and produced solely at their cabin featuring hits like “Almost Home” and “Say I Won’t.” It also features some special surprise guests as well.

Hour 2: Thru The Word

Coming up on Friday’s Mornings with Eric and Brigitte, we’ll hear about a brand new radio program being added to our Sunday lineup; It’s called Thru the Word and it is the new teaching program of Boca Raton Community Church. Pastor Bill Mitchell joins us to talk about his journey to ministry, preaching, and pastoring a local church. 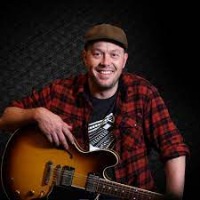 Mercy Me is an American contemporary Christian music band founded in Greenville, Texas. The band consists of vocalist Bart Millard, keyboardist James Bryson, percussionist Robby Shaffer, bassist Nathan Cochran and guitarists Michael Scheuchzer and Barry Graul. The band formed in 1994 and released six independent albums prior to signing with INO Records in 2001. The group first gained mainstream recognition with the crossover single, "I Can Only Imagine" which elevated their debut album, Almost There, to double platinum certification. 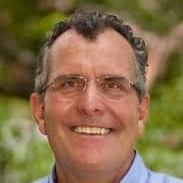 Pastor Bill Mitchell is a third generation Boca Ratonion. Born and raised locally, he graduated from Moody Bible Institute in Chicago with a B.A. in Bible and Theology and a Masters of Christian Ministry. His heart is truly to reach out to people both locally through compassion ministries and internationally through mission trips to other countries and bring them to the saving grace of Christ, our Savior. Bill and his wife Elizabeth met at Boca Raton Community Church. They have four wonderful children.