Do we come from apes? What does the fossil evidence demonstrate? Is our DNA 98% chimpanzee? We will address these questions and explain the many evolutionary fallacies over the years of the alleged man's ancestry linked to the primates. Tom DeRosa, Executive Director of the Creation Studies Institute, joins Mornings with Eric and Brigitte on Wednesday to discuss the facts and how they strongly affirm that man is a unique creature in all of creation.

Producer Roma Downey joins Mornings with Eric and Brigitte on Wednesday to share details about the new movie she and her husband, Mark Burnett have produced for an Easter 2021 release, called Resurrection, which tells the details of the story immediately following Jesus's crucifixion. 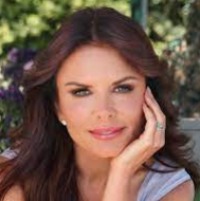 Roma Downey is an actress, producer, and author from Derry, Northern Ireland. For nine seasons she played Monica, the tender-hearted angel and employee of Tess (played by Della Reese), on the CBS television series Touched by an Angel, for which she earned multiple Emmy and Golden Globe Best Actress nominations. As President of Lightworkers Media, the family and faith division of MGM, Downey and her husband, Mark Burnett, produced the Emmy-nominated miniseries The Bible for History channel, which was watched by over 100 million people in the United States. Downey and Burnett also executive-produced the feature films Ben-Hur starring Jack Huston, Toby Kebbell and Morgan Freeman, Son of God (2014), Little Boy, and Woodlawn.