Hour 1: Love Your Work: 4 Practical Ways You Can Pivot to Your Best Career

Is your career all it could be? Whether you're just starting out, looking for a change, or experiencing unwanted change, there's a way forward. Monday on Mornings with Eric and Brigitte, Robert Dickie III joins us to give us a challenge. He says wherever you are, if you don't find your work meaningful and engaging, it's time for a change, and Love Your Work will prepare you to make it.

Hour 2: Posting Peace: Why Social Media Divides Us and What We Can Do About It

"The social media platforms we create are not just connecting us: they're changing us." This is a quote from our author and interview guest today on Mornings with Eric and Brigitte, Douglas S. Bursch. In his new book, Posting Peace: Why Social Media Divides Us And What We Can Do About It, he calls us to embrace the radical ministry of peacemaking in response to our destructive online world. 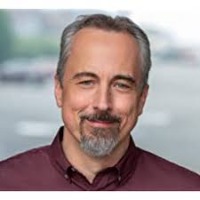 Doug Bursch co-pastors Evergreen Foursquare Church with his good friend, pastor Dan Behrens.  Along with pastoring, Doug is an evangelist and writer. He is the author of The Community of God: A Theology of the Church From a Reluctant Pastor and he occasionally teaches theology classes. Doug hosted a daily radio show entitled “Live from Seattle with Doug Bursch” on 820 AM KGNW from 2010-2015. He currently hosts The Fairly Spiritual Show Podcast. Doug enjoys spending as much time as possible with his lovely wife Jennifer and his equally lovely kids Kysa, Anna, Nathaneal, and Samuel. If Doug isn’t working, he is out with his family enjoying the wonders of the Puget Sound.