As lawmakers were debating the certification of Electoral College votes yesterday, they were forced into recess when protesters from a pro-Trump rally stormed the Capitol, clashing with police and causing authorities to lock down the buildings. Dr. Jim Denison joins Mornings with Eric and Brigitte on Thursday to address the events that unfolded last night and are currently unfolding in the nation's capital.

Hour 2: Hope In the New Year

It's the New Year, and our hope is in Jesus Christ to bring healing to a broken and hurting world. Thursday on Mornings with Eric and Brigitte, Dr. David Anderson, founder and President of the BridgeLeader Network, responds to prejudice and injustice with the principle of Gracism: radical inclusion for the marginalized and excluded. 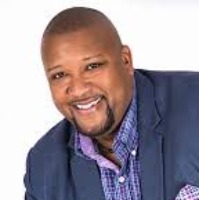 Dr. David Anderson, founder and President of the BridgeLeader Network (BLN), is one of the world's leading authorities on building bridges across the deep divides of race, faith, culture and wealth. Anderson is the bridge-building voice in the Nation's Capital as host of the daily radio talk show "Real Talk with Dr. David Anderson" on WAVA (105.1 FM). Dr. Anderson earned his Doctor of Philosophy degree in 2001 from Oxford Graduate School's American Centre for Religion and Society Studies in the US, while studying and defending his essays at Oxford University in England. He is the founder and senior pastor of Bridgeway Community Church in Columbia, Maryland, and Owings Mills/Reisterstown, Maryland.