Hour 1: The Pioneer's Way : Leading a Trailblazing Life That Builds Meaning For Your Family, Your Community, and You

The Pioneer’s Way, a new book written by author Jennifer Hayden Epperson, is a rousing call to those who want to be the solution to the problems in their own communities and beyond. Tuesday, on Mornings with Eric and Brigitte, Jennifer shares how passionate men and women are needed to step into the gap and serve as change agents. Do you want to respond to the pioneer’s call and move forward to take beneficial action in your life and in the lives you touch?

Join Mornings with Eric and Brigitte on Tuesday as they speak with special guest, Kristyn Getty about the Gettys' newest project, Evensong, which is their latest collection of thirteen original hymns and lullabies. Keith and Kristyn Getty use the thoughts, songs and prayers from this lullaby album at the end of the day with their daughters, and these hymns can refresh the soul and help us focus on the Word of God in these uncertain times. 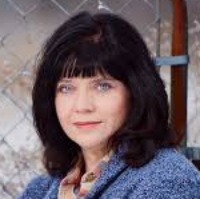 After earning an MS in broadcast management, Jennifer Epperson was appointed manager at WFIF-AM, Milford, CT (Blount Communications), and WRMB-FM, Boynton Beach, FL (Moody Radio), becoming the first female station manager at both networks. In 2014, Jennifer became Moody Radio’s first Director of Research & Learning, as well as being appointed to Moody Radio’s Leadership Team. During that time, she completed her education with an EdD in Organizational Leadership. Jennifer’s love of scholarship has taken her into the university classroom where she taught both radio and leadership courses. Her work has taken her to over thirty countries. Jennifer met her husband Jack, a radio engineer, through eharmony.com. They were the first couple engaged in Florida through the service. Together, they share their home with two rescued pugs. 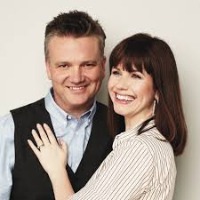