Join us as we take a life-transforming journey. Immerse yourself in the sights, culture, and breathtaking landscapes of the Holy Land! You’ll enjoy highlights such as a boat ride on the Sea of Galilee, praying at the Western Wall in Jerusalem, walking the very steps where Jesus walked and more. This week on Mornings with Eric and Brigitte, join us as we take a journey with Dr. Mark Jobe and Dr. Michael Rydelnik to the Holy Land!

Join Mornings with Eric and Brigitte on Friday as they speak with special guest, Kristyn Getty about the Gettys' new project, Evensong: Hymns and Lullabies at the Close of Day. This project was released on the eve of the historic Sing! Global Conference, which ended on September 2, featuring over 100 speakers and artists.

Dr. Michael Rydelnik will join Mornings with Eric and Brigitte on Friday morning to give us a preview of the upcoming Moody Bible Institute Israel Trip in spring 2021!  As one of the tour hosts, Dr. Rydelnik will share details about this life-transforming journey. On the trip, you will have an opportunity to immerse yourself in the sights, culture, and breathtaking landscapes of the Holy Land! Your understanding of Scripture will be changed forever.

To Register or for More Info on MBI Israel Tour 2021 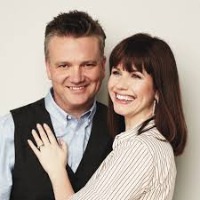