More parents are considering homeschooling than ever before. Monday on Mornings with Eric and Brigitte, Sue Puchferran of HEED Homeschooling has some needed help and encouragement for parents who need help getting started. Also, don't miss the virtual Homeschool Expo coming up on Saturday, August 1 about instruction and how to educate your children.

Hour 2: The Pandemic and Praying Parents

Friday on Mornings with Eric and Brigitte, Dr. Erwin Lutzer, pastor emeritus of The Moody Church in Chicago, joins us to talk about two of his latest books. In Pandemics, Plagues, and Natural Disasters, Dr. Lutzer explains that we need not understand all God's purposes to believe He has a good and wise reason for all He brings. In A Practical Guide for Praying Parents, instead of boring repetitious lists, "Let us pray Scripture," he recommends, "echoing back to God His own will."  Don't miss this interesting conversation! Sue Puchferran is a Florida native, but a biomedical engineering graduate from Purdue University. Sixteen years ago, with two friends, Puchferran began HEED, a home school hybrid program, to assist parents in their journey to home school their high schoolers. HEED has grown to help 1,000's of students through the years. She is married to her high school sweetheart for almost 40 years and they have four grown children and three grandchildren. All of Puchferran's children were home schooled and are now working as a lawyer, doctor, nurse and CPA. They are all serving God, which is Puchferran's greatest joy! 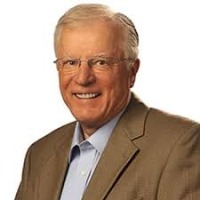 Dr. Erwin W. Lutzer, is Pastor Emeritus at The Moody Church. He was born and reared near Regina, Saskatchewan, Canada. He is an award-winning author of more than twenty books, a celebrated international conference speaker, and the featured speaker on the radio program Running to Win. He and his wife, Rebecca, live in the Chicago area and are the parents of three married children and have seven grandchildren. 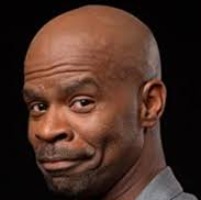 Known as one of today’s most gifted comedians, Michael Jr. brings laughter and understanding to audiences all over the world. Michael got his start performing at the legendary Comedy and Magic Club in Hermosa Beach; home of Jay Leno and “The Tonight Show”. This outstanding performance led to Michael Jr. performing at the “Just For Laughs” comedy festival where he became the first comedian to ever appear live via satellite on “The Tonight Show” which catapulted Michael Jr.’s career. On the home front, Michael Jr. is happily married, and he and his wife are the proud parents of five children.