With so much happening in the US these days, sometimes we forget that there is still much persecution going on around the world as Christians continue to spread the gospel to those who do not know Jesus Christ as their Savior. Thursday on Mornings with Eric and Brigitte, Tom Doyle and his wife, JoAnn, who are full-time missionaries to the Middle East, give an inside look into the secret life of Muslim Background Believers (MBBs) around the world today and the dangers that they face after converting to Christianity. 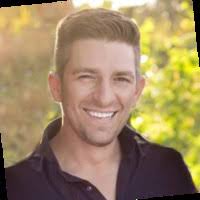 Jeremy Wiles is an entrepreneur, filmmaker and investor. He is the CEO and co-founder of KingdomWorks and Burly Man Coffee. His goal is to align his faith and values with business, ensuring his teams operate on the core values of integrity and excellence. He was also the Director of the popular cinematic teaching series for churches called the Conquer Series (conquerseries.com).