Tuesday on Mornings with Eric and Brigitte, physical therapist, Diana Sahakian shares five simple steps to make positive changes to your wellness! No matter what you have or have not done in the past, today's a new day--a new chance to make new decisions, create new habits and start enjoying and honoring God in every part of your journey!

Hour 2: Creating a Culture of Disciple-Making Right Where You Are

Robert Gallaty, Senior Pastor of Long Hollow Baptist Church in Hendersonville, TN will be describing a healthy church on Tuesday on Mornings with Eric and Brigitte. "A healthy church makes disciples, and disciple-making is both leading people to Jesus and walking with them as they become more Christlike . . ." the authors of the new book, Replicate, declare. Don't miss this interesting discussion on being and making lifelong disciples! 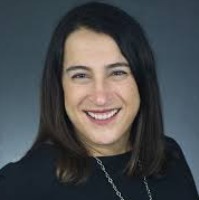 Diana founded Stay Fit in 2006, inspired by her father, a plastic surgeon.  She pursued a medical career and, in 1999, earned a Master’s Degree in Physical Therapy from Northwestern University Medical School. Diana also has a Master of Science in Counseling that she earned in 1997. Diana is married to Rafi and has three boys, Micah, Benjamin and Samuel. She enjoys reading and running. Her goal in life is to honor God in all she does and to enjoy every part of the journey! 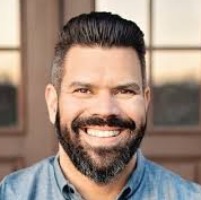 Robert Gallaty, PH.D. is the Senior Pastor of Long Hollow Baptist Church in Hendersonville, TN. He was radically saved out of a life of drug addiction on November 12, 2002. In 2008 he began Replicate Ministries to equip and train men and women to be disciples who make disciples. He is also the author of multiple books for building relational ministries, and he resides with his family in Tennessee.