Many religious liberties watchdogs are concerned about the increased persecution of religious minorities in China, including Christians. Coming up Friday, on Mornings with Eric and Brigitte, Bob Fu of ChinaAid.org joins us to shed some light on how the communist government is cracking down on believers and how we can pray for this part of the persecuted church.

Hour 2: The Gathering of Men

Coming up on Friday, The Gathering of Men Executive Director, Dennis DeMarois joins us for an update on his ministry including a podcast meant to encourage you in your faith.

On July 31 and August 1, men all across the globe will gather via livestream in their homes, with their men’s groups, and at simulcast locations hosted by churches, to experience the Promise Keepers 2020 Global Digital Experience. President of Promise Keepers, Ken Harrison, joins us on Mornings with Eric and Brigitte. 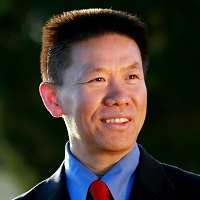 Bob (Xiqiu) Fu is one of the leading voices in the world for persecuted faith communities in China. Fu was born and raised in mainland China and was a student leader during the Tiananmen Square demonstrations for freedom and democracy in 1989.

Fu graduated from the School of International Relations at the People's (Renmin) University in Beijing and taught English to Communist Party officials at the Beijing Administrative College and Beijing Party School of the Chinese Communist Party from 1993-1996. Fu was also a house church leader in Beijing until he and his wife, Heidi, were imprisoned for two months for “illegal evangelism” in 1996. Bob and Heidi fled to the United States as religious refugees in 1997, and subsequently founded ChinaAid in 2002 to bring international attention to China’s gross human rights violations and to promote religious freedom and rule of law in China.

As president of ChinaAid, Fu has testified before the Congressional Tom Lantos Human Rights Commission, the House Foreign Affairs Committee, the U.S. Commission on International Religious Freedom (USCIRF), the Congressional-Executive Commission on China, the United Nations Commission on Human Rights (USCHR), the Foreign Press Association, and the European Commission and European Union Parliament. Fu also regularly briefs the State Department and Members of Congress, including Members of the International Religious Freedom Caucus on the status of religious freedom and rule of law in China.

Bob Fu graduated with Ph.D. from St. John's College at the University of Durham in the U.K. in the field of religious freedom. He graduated from the Westminster Theological Seminary in Philadelphia, and was awarded an honorary doctorate degree on Global Christian Leadership from Midwest University, where he has served as a distinguished professor on religion and public policy. Bob Fu is a member of Council on Foreign Relations (CFR). Fu serves as the Editor-in-Chief of the Chinese Law and Religion Monitor, a journal on religious freedom and the rule of law in China, and as a guest editor for Chinese Law and Government, a journal by University of California, Los Angles. 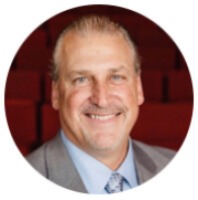 Dennis is Executive Director of The Gathering. He is a Florida native and has a passion for encouraging and equipping men to become all that God wants them to be as Christ's disciples through the ministry of The Gathering Palm Beach. Since 2013, Dennis' primary focus has been to engage men to be fully alive in the marketplace and beyond as disciples of Jesus Christ.

Dennis, an alumnus of Palm Beach Atlantic University, served as Senior Pastor in 3 churches during a 12 year career in local church work. He also served in para-church work as Executive Director of Florida Men of Integrity, helping men, clergy, and their churches throughout Florida. He has led over 40 church-based conferences for men, their families, and their churches throughout Florida and received recognition as 'Pastor of the Year' in 2009 for his efforts.

Dennis is active in community work through organizations such as Kiwanis International, Pregnancy Care Centers, and local Christian churches as a guest preacher. He is the father of two, husband of one, and has lived throughout the southern United States and Europe as a son in a military family. 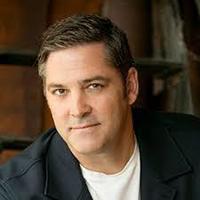