Hour 1: Seeing Jesus From the East

Jesus is the Savior of the World, whether we are from the East or the West. However, in their new book, Seeing Jesus From the East, Ravi Zacharias and Abdu Murray show readers how to rediscover the cultural insights often missed when we ignore the Eastern context of the Bible. Monday on Mornings with Eric and Brigitte, Abdu Murray, Senior Vice President of RZIM International Ministries shares a refreshing picture of Jesus, one that appeals to Eastern readers and also penetrates the hearts and minds of postmodern Westerners.

Hour 2: Memorial Day Encouragement to Those in the Military

SOF Missions was established in 2011 as a non-profit 501c3 organization by Dr. Damon and Dayna Friedman. Damon, a retired Lt. Colonel, within the Special Operations community, served for 20 years, and he will be our guest on Mornings with Eric and Brigitte on Memorial Day. Damon knows firsthand the challenges warriors face, having served on four combat tours to Iraq and Afghanistan. SOF Missions believes their organization is called to be Freedom Fighters, and their mission is to combat the veteran suicide crisis.

Surrender Only To One Movie/Discussion Guide 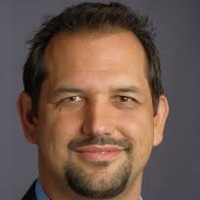 Abdu Murray (JD, University of Michigan) is North American director of RZIM, a regular speaker at churches and on college campuses, and host of the podcast Embrace the Truth with Abdu Murray. A scholar in residence at the Josh McDowell Institute of Oklahoma Wesleyan University, he is the author of many articles and two other books, including Grand Central Question. 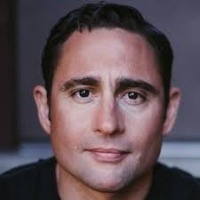 Damon Friedman is an electric sought-after speaker with an expertise in motivation, leadership, and team-building. He is a combat-decorated veteran who served four combat deployments to Iraq and Afghanistan in support of the Global War on Terrorism. Dr. Friedman is the Executive Producer of Surrender Only to ONE, a multi-award-winning film which follows the true-life stories of elite combat warriors in US special operations forces. The film reveals the implications of combat and the lasting effects our veterans struggle to overcome. Surrender Only to ONE not only highlights these challenges but also shares messages of hope available to all warriors.