Hour 1: The Meaning of Passover

On Monday Dr. Michael Rydelnik, Professor of Jewish Studies and Bible at Moody Bible Institute and host of Moody Radio’s Open Line joins Mornings with Eric and Brigitte to talk to us about the meaning of Passover and how it points to Jesus the Messiah. Also, he will share how this year's celebrations of Passover and Easter will take on special meaning with all of us celebrating in our homes.

What are you to do if you recently lost your job or don't know if you will have a job to return to after the pandemic passes?  In addition to that, there are a lot of people right now looking for practical advice on how to find a new job in today's shifting economy.  Monday on Mornings with Eric and Brigitte, Robert Dickie III, says it's all about taking a giant "leap" out of the known and into the unknown--a leap of faith, if you will. 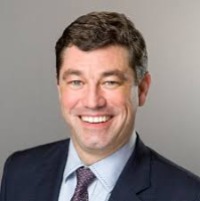 Robert Dickie III has served as a decorated Air Force Officer, the CEO of an international company, and as the leader of several non-profits. On May 1, 2018 he stepped down as President of Crown Financial Ministries after serving for 7.5 years to become the CEO of Bonvera, a premium health, wellness, and lifestyle company operating in the United States and with plans to go international. Bob and his wife Brandi reside in Knoxville, TN with their six children and two dogs. They are both graduates of the University of Tennessee. Bob earned his Master's Degree from the University of Arkansas in Industrial Engineering and is currently in the Harvard Business School Executive Education Program.