What is wrong with America today?  Our culture is increasingly immoral, the family structure is threatened from all sides, and government programs consistently overreach, creating massive debt. Thursday on Mornings with Eric and Brigitte, author and radio commentator, Cal Thomas shares his view from his new book, America's Expiration Date, that America needs to look to God instead of Washington for its direction.  Scripture, rather than politics, is the GPS he uses to point readers to the right road--a road of hope, life, and change. 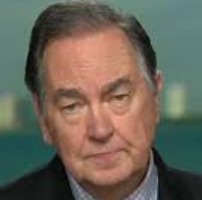 Cal Thomas is one of the most popular syndicated columnists in the country, appearing in hundreds of newspapers. He is also a veteran of TV and radio news. For 19 years he worked for the Fox News channel and before that with NBC News and KPRC-TV in Houston. He began his journalism career at the age of sixteen. 2019 marked the thirty-fifth anniversary of his column. 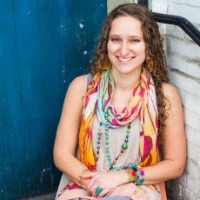 Laura is the Human Trafficking Prevention and Education Coordinator at Place of Hope. In addition to this important position, Laura currently runs prevention and support groups for teenage girls, oversees Palm Beach County’s Hope Campaign which helps identify missing children and promotes the National Human Trafficking Hotline. She received her Masters in Social Work at FAU which guided her to help at-risk youth in inner city and residential treatment settings, and provide direct services to human trafficking victims.