Explore the Bible from Genesis to Revelation and spark faith-building conversations as you connect the dots between your favorite Bible stories and God's good news.  Friday on Mornings with Eric and Brigitte, Phil Vischer tells us so much more about these 52 five-minute Bible stories in "The Best of The Laugh and Learn Bible for Kids."

Devotionals and Bibles for the New Year 2020.pdf

Hour 2: Best of Overcomer the Movie

Overcomer is a 2019 American Christian drama film directed by Alex Kendrick, who co-wrote the script with Stephen Kendrick. Friday on Mornings with Eric and Brigitte, Alex Kendrick shares some highlights about the making of the film in the "Best of Overcomer the Movie." 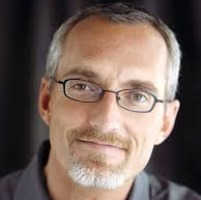 Phillip Roger "Phil" Vischer is an American animator, puppeteer, writer, voice actor and songwriter who created the computer-animated video series VeggieTales alongside Mike Nawrocki. He provided the voice of Bob the Tomato and about half of the other characters in the series.  Phil is married to Lisa, and they have three children. 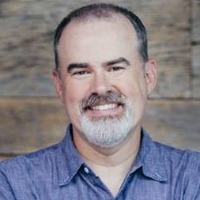 Alex Kendrick is a follower of Jesus Christ and has a passion to tell stories of hope and redemption. He is a co-writer for the Kendrick Brothers' screenplays and books, and is the director and editor for the Kendrick Brothers' films (FIREPROOF, COURAGEOUS, FACING THE GIANTS, WAR ROOM). Alex has spoken to churches, universities, conferences, and businesses all across America and in other countries. He is a graduate of Kennesaw State University and attended seminary before being ordained into ministry. Alex and his wife, Christina, live in Albany, Georgia, with their six children. They are active members of Sherwood Church in Albany.