Thursday on Mornings with Eric and Brigitte writer and historian, Bill Federer shares some of the highlights of the "Best of the 50th Anniversary of the Moon Landing". 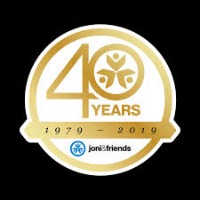 Joni and Friends share the hope of the Gospel and give practical help to people impacted by disability.  They've been changing the church and communities around the globe for the past 40 years.