Hour 1: More Stories Behind the Best-Loved Songs of Christmas

Uncover the background of thirty-two of your favorite Christmas songs and learn the surprising tale of how each song was created.  Thursday on Mornings with Eric and Brigitte, author Ace Collins shares his deep appreciation for these melodic messages of peace, hope, and joy that celebrate the birth of Jesus.

Thursday on Mornings with Eric and Brigitte, President and CEO of Care Net, Roland Warren gives a report on the decision of the Supreme Court to allow the Kentucky ultrasound law, passed in 2017, to stand. He will also provide an update on Care Net ministry highlights from the past year and what the organization is looking forward to accomplishing in 2020. 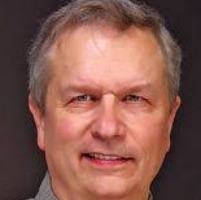 Ace Collins is the Christy Award winning author of more than 80 books, including Stories Behind the Best-Loved Songs of Christmas and Stories Behind the Great Traditions of Christmas.  He has also been the featured speaker at the National Archives Distinguished Lecture Series, hosted a television special, been featured on many network morning TV shows and does college basketball play-by-play. He is married to Kathy Collins, Chair of the Education Department at Ouachita Baptist University, and the couple has two grown sons. Collins lives in Arkadelphia, Arkansas.
Roland Warren 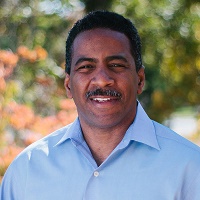 Roland Warren is the former President of National Fatherhood Initiative and currently the President and CEO of Care Net, the nation's largest network of pregnancy resource centers. He has appeared on The Oprah Winfrey Show, The Today Show, CNN, C-SPAN, Focus on the Family, Dateline NBC, BET, Fox News and others, speaking on the issues of fatherhood and marriage. He has written for or appeared in numerous publications such as The Washington Post, O Magazine, Essences Magazine, Christianity Today, The Washington Times and The Wall Street Journal. He graduated from Princeton University and has an MBA from the University of Pennsylvania-Wharton School of Business.