Hour 1: Creating a Grateful Heart in Our Kids

Gratitude is not something that is an innate human trait, and because we are all born selfish, it is something that is both caught and taught.  As God designed it, babies spend all of their time having their needs met.  As children get older they are taught to be more and more self-sufficient.  If we are not spending time training our children to have a grateful heart however, they will keep that selfish attitude.  Tuesday join Mornings with Eric and Brigitte as Dr. Bob Barnes shares how Thanksgiving gives us a wonderful opportunity for training our children to have a grateful heart.

Hour 2: The Gospel According to Scrooge

Friday on Mornings with Eric and Brigitte, President and Artistic Director of  Revelation Ministries' Torch & Trumpet Theatre Company, Oksana Horton will  talk about the upcoming production of The Gospel According to Scrooge, based on Charles Dickens’ A Christmas Carol. It chronicles the life of tight-fisted, cold-hearted, bah-humbugging Ebenezer Scrooge, whose life is transformed forever by the love of God, conveying the true meaning of Christmas in a way that is both unforgettable and entertaining for the whole family. 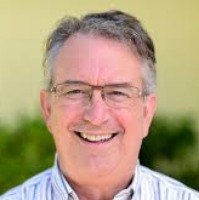 Bob Barnes is the CEO of Sheridan House Ministries.  Bob has been married to Rosemary since 1972. They present seminars and conferences on Parenting and Marriage throughout North America. Bob has a doctorate in counseling and received his education at Maryville College and Florida Atlantic University. They also have two married children and four grandchildren.  He and Rosemary are the authors of ten books for families, published in several languages. 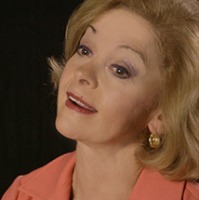