As the holiday season arrives, many people dread spending time with “difficult” people. We need to own our part—exhibiting Christ’s love--without allowing people to destroy us or rob us of joy.  How is this even possible?  On Thanksgiving Day licensed professional counselor, Marti Wibbels joins Mornings with Eric and Brigitte to share seven steps we can take to respond rather than react to life's ongoing stressors. 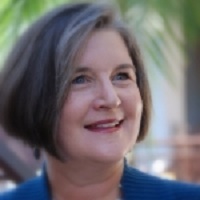 Marti Wibbels is a Licensed Mental Health Counselor and a Board Certified Professional Christian Counselor. She has written for various genres, including newspapers, professional journals and magazines, as well as fiction and nonfiction books. Marti is the author of Core Healing from Sexual Abuse, Sound of Light, and Secrets Behind the Door. She and her husband Alan live in South Florida and are the parents of three daughters and grandparents of ten.