Hour 1: Not From Around Here

News outlets, historians, and sociologists can (and do) tell us all about the statistics, but they don’t (and can’t) tell us about what it’s really like in a given place. Friday on Mornings with Eric and Brigitte, Brandon O'Brien, author of the book, Not From Around Here, shares what he learned about himself, faith, and the people who make up America on his own journey through it.

Mr. Fred Rogers entered the world of children's programming during an era of massive political and cultural upheaval.  He was an ordained minister and taught everyone, particularly children, to follow a greater calling--that of hard work, commitment to one's family, and serving their fellow humans.  Friday on Mornings with Eric and Brigitte, Professor of History, Religion, and Anthropology, L. Benjamin Rolsky, from Monmouth University talks about how Fred Rogers viewed television not as a passive instrument of entertainment but as an interactive medium that could shape individuals in real time.

How Mister Rogers' Faith Shaped His Idea of Children's Television

Speaking fluently in more than 230 languages and dialects, TWR (Trans World Radio) exists to reach the world for Jesus Christ. They now have an opportunity to take the good news farther into Nigeria and strengthen the Church there. They are launching a powerful new 200,000-watt transmitter broadcasting hope into all of Nigeria, as well as parts of the neighboring countries of Cameroon, Benin and Niger.  On Friday, John Summerville will join Mornings with Eric and Brigitte to share more about this exciting transmitter project! 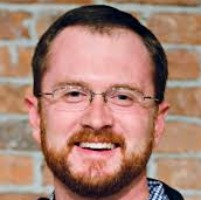 Brandon O'Brien is Director of Content Development and Distribution for Redeemer City to City, where he coordinates, edits, and shepherds writing projects with Timothy Keller and urban church planters around the world. Brandon has served in pastoral ministry, worked in publishing, authored a few books, and taught for state and Christian colleges and universities. He and his wife Amy and their two children live in Washington Heights, N.Y. They enjoy good food, good company, and exploring New York City. 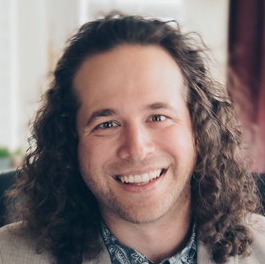 L. Benjamin Rolsky is an Adjunct Professor of History, Religion, and Anthropology at Monmouth University, West Long Branch, NJ.  He is married to his wife, Lindsey and has a young daughter, Audrey. 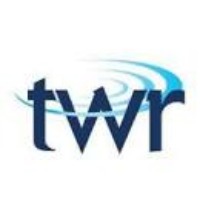 Trans World Radio is a multinational evangelical Christian media distributor. The largest Christian media organization in the world, it uses mediumwave or high-powered AM and shortwave transmitters, local FM radio stations, cable, satellite, Internet, and mobile device technologies. Currently, their programs can be heard in 190 countries in more than 230 languages and dialects.