After surveying the core tenets of our faith from multiple sources, Church United has identified four essential truths that our region is desperate and starving to hear. We will be teaching through these truths together as a unified Church in South Florida during November 2019. On Wednesday join Mornings with Eric and Brigitte as Eddie Copeland, Director of Church United shares the core truths that will be shared by area pastors during this Unsinkable series.

Churches often act primarily as an organization when they should be primarily a family.  Too often, the church does not feel like home.  Church leaders are conditioned to believe that the measure of church success is growth, and they carry the burden of an unbiblical standard. Pastor Lee Eclov of Village Church of Lincolnshire joins Mornings with Eric and Brigitte on Wednesday to share how God's household is the very definition of the church.

Hour 3: The Joker and Fatherhood - Hollywood Waking Up to Christian Values

Even though it has been quite controversial, the movie, The Joker has officially become the top-grossing R-rated movie of all time.  Wednesday join Mornings with Eric and Brigitte as author of Rise of the Servant Kings and chairman of Promise Keepers, Ken Harrison, shares his belief that there are sociological and even biblical reasons behind the movie's success. 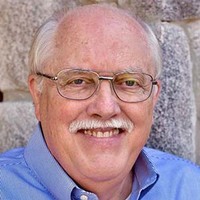 Lee Eclov is Senior Pastor of the Village Church of Lincolnshire in the northern suburbs of Chicago, where he has served since 1998. Previously, he served as pastors in Pennsylvania and Deerfield, Ill. His columns on preaching and his sermons appear regularly at www.PreachingToday.com and he is a Contributing Editor of Leadership Journal. He has been an adjunct professor at Trinity Evangelical Divinity School for over ten years, currently teaching pastoral counseling. Lee is a native of South Dakota and the product of a rural church. He and his wife, Susan, have been married for nearly 40 years and have one son, Anders.

Ken Harrison is chairman of the board for Promise Keepers, and the CEO of Waterstone, an organization that helps clients give away millions of dollars annually in support of world wide Christian humanitarian efforts.