You won't want to miss Friday on Mornings with Eric and Brigitte as the three band members that make up Sanctus Real share about their new album, Unstoppable God.  In this next season, with a new lead singer and a shift in focus on sharing the simple message of the gospel, the band is ready for what the Lord has in store!

Hurricane Season is upon us!   Erik Salna, Associate Director and Meteorologist at the International Hurricane Research Center at FIU joins Mornings with Eric and Brigitte to update us on the projected path of Hurricane Dorian and how we can prepare for this important time of year. 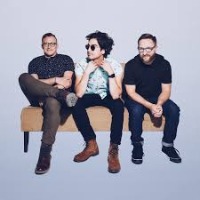 Erik Salna, is the Associate Director and Meteorologist for the International Hurricane Research Center at Florida International University.