On Tuesday, Mornings with Eric will highlight the movie, Run the Race which was first released in theaters this past February. This is a story about overcoming the hard issues of life, about the power of sacrifice, the power of family, and the power of forgiveness. Run the Race shows what's possible when you run to--instead of from--the love of God.

Run the Race the Movie

On Tuesday, Dr. Michael Rydelnik, Professor of Jewish Studies and Bible at Moody Bible Institute and host of Moody Radio’s Open Line joins Mornings with Eric for a Q&A. Text or call us at 561-737-6035 with your questions about the Bible, and we promise you'll learn something new as you listen! 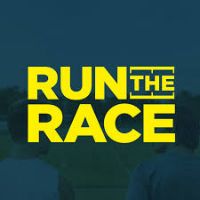 Run the Race is a 2019 American Christian drama film directed by Chris Dowling. It follows two young brothers who use football to cope with their mother's death and father's abandonment of them. Tim Tebow acts as an executive producer on the film.