Your leftover change can save lives, and you can give to a very special baby bottle campaign!  Hope Women's Centers exists to encourage and equip women and men to make informed decisions regarding unplanned pregnancies, and their Executive Director, Ariana Reid, will be joining Eric and Audrey Mornings on Wednesday to talk about this campaign that kicks off on Mother's Day.

Hour 2: What Parents Need to Know About Teen Suicide Prevention

The months following the release of 13 Reasons Why, the well-known Netflix series, The Journal of the American Academy of Child & Adolescent Psychiatry said teen suicides reached a 19 year high.  This recent study has many parents concerned and looking for answers.  Dr. Kathy Koch, Founder and President of Celebrate Kids and author of Start with the Heart: How to Motivate Your Kids to Be Compassionate, Responsible, and Brave (Even When You're Not Around), joins Eric and Audrey Mornings to discuss how parents can help their teens and pre-teens with their emotional turmoil.

Eric and Audrey Mornings spoke with Todd Nettleton, Chief of Media Relations and Message Integration for Voice of the Martyrs this mornings as he provided an update on the the release of Asia Bibi. 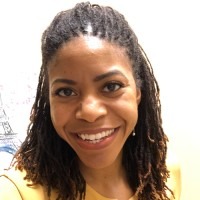 Ariana Reid is the Executive Director of Hope Women's Centers in Broward County. 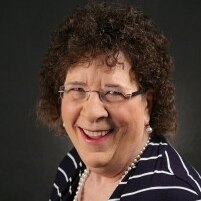 Dr. Kathy Koch is the founder of Celebrate Kids, Inc., based in Fort Worth, Texas. She has influenced thousands of parents, teachers, and children in thirty countries through keynote messages, seminars, chapels, banquet talks, and other events. She has authored six books including Screens and Teens, 8 Great Smarts, Start with the Heart, Five to Thrive, and Resilient Kids. Dr. Kathy earned a Ph.D. in reading and educational psychology from Purdue University. She was a tenured associate professor of education at the University of Wisconsin-Green Bay.