Hour 1: The Power of Delayed Gratification

Delayed gratification refers to the ability to put off something mildly fun or pleasurable now, in order to gain something that is more fun, pleasurable, or rewarding later. Even though it seems like a negative thing or a restriction, it is important to learn at an early age.  Join Eric and Audrey Mornings on Monday as they spend time with Glenn Zimmerman, one of Moody Radio's favorite financial experts as he shares with us the huge spiritual component to delayed gratification.

Kingdom Men Rising is a documentary film exploring what it means to be a real man in the midst of cultural trends in which there is confusion about masculinity.  The film wrestles honestly with the unique questions and circumstances men face today. Join Eric and Audrey Mornings on Monday as they speak with Jonathan Pitts who has recently walked an unexpected and difficult journey himself. 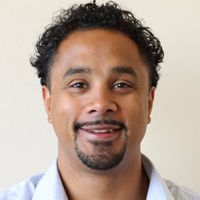 Jonathan Pitts is an author, speaker and executive pastor at Church of the City in Franklin, Tennessee. He previously served as the executive director at the Urban Alternative, the national ministry of Dr. Tony Evans. Jonathan has co-authored two books alongside his late wife, Wynter Pitts. He is also President and co-founder of For Girls Like You Ministries, an equipping and resourcing ministry for tween girls and their parents. Jonathan is the father of four daughters and was blessed with fifteen intentional years of marriage to Wynter.