Most of us know the name of London's most famous preacher, Charles Spurgeon, but few know the name (or the story) of his wife, Susie. Susannah Spurgeon was a remarkable woman in her own right.  She rode nobody's coattails and was as instrumental in the gospel ministry of the Spurgeon family as her husband, if less well-known. Join Eric and Audrey Mornings on Thursday as they speak with Ray Rhodes, Jr., founding pastor of Grace Community Church in Dawsonville, GA and author of Susie: The Life and Legacy of Susannah Spurgeon. 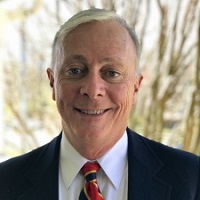 Ray Rhodes, Jr. serves as founding pastor of Grace Community Church of Dawsonville, GA, and as president of Nourished in the Word Ministries. He has served four congregations over three decades of pastoral ministry and for fifteen years, he has led Nourished in the Word. Ray has published several books and holds theological degrees from New Orleans Baptist Theological Seminary (M.Div.) and The Southern Baptist Theological Seminary (D.Min.). He is married to Lori and they are blessed with six daughters and four grandchildren. Ray has long been a Spurgeon enthusiast, and his doctoral thesis focused on the marriage and spirituality of Charles and Susannah Spurgeon.