Self-control plays a central role in the thousands of small decisions that we all make every day.  Yet, we tend to think of it as boring and confining.  The truth is that people who cultivate this vital virtue lead freer, happier, and more meaningful lives.  Join Eric and Audrey on Wednesday as they revisit Drew Dyck's new book which shows how cultivating self-control is foundational for freedom and flourishing.

Below is the Drew Dyck interview, Secrets to Self-Control Part 1 from January 10 from Eric and Audrey Mornings. 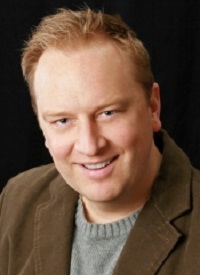 Drew Dyck has an M.A. in Theology and is an editor at Moody Publishers and the former managing editor of Leadership Journal. His work has been featured in USA Today, the Huffington Post, Christianity Today, and CNN.com. Drew is the author of Generation Ex-Christian and Yawning at Tigers. He lives with his wife Grace and their three children near Portland, Oregon.