Hour 1: Lies Girls Believe: And The Truth That Sets Them Free

Most of today's tween girls suffer on what is called a "spectrum of angst." It's not a matter of if they will struggle--with depression, anxiety, fear, loneliness, and anger--but how much they struggle.  Join Eric and Audrey Mornings on Tuesday as they re-air an interview with Dannah Gresh, the author of a newly released book, Lies Girls Believe: And The Truth That Sets Them Free.

Hour 2: The Power of Mercy in an Unmerciful World

What is the one thing we have missed that has the power to bring relief, hope, and healing to our hurting world?  God's first impulse toward our broken world was to show mercy--even when justice was justified--and Jesus has commanded us to "go and do likewise."  Join Eric and Audrey Mornings on Tuesday when they speak with Jack Alexander, author of the newly released book, The God Impulse. 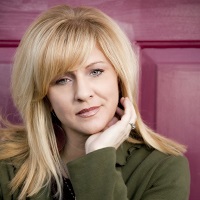 Dannah Gresh is an author, a speaker, and the creator of the Secret Keeper Girl live events. She has sold over 1.3 million books, including Six Ways to Keep the “Little” in Your Girl, A Girl’s Guide to Best Friends and Mean Girls (coauthored with Suzy Weibel), 8 Great Dates for Moms and Daughters, the bestselling And the Bride Wore White, and Lies Young Women Believe (coauthored with Nancy Leigh DeMoss). She and her husband have a son and two daughters and live in Pennsylvania. 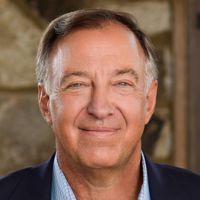 Jack Alexander is Chairman of The Reimagine Group and is a regular speaker, coach, and advisor.  He and his wife, Lisa, live in Atlanta.  They have three grown sons and five grandchildren.