Hour 1: Run the Race the Movie

Don't miss Eric and Audrey Mornings on Friday when they speak with Robby Tebow,  one of the executive producers and Chris Dowling, the director and co-writer of the new film, Run the Race, to be released in theaters on February 22. This is a story about overcoming the hard issues of life, about the power of sacrifice, the power of family, and the power of forgiveness. Run the Race shows what's possible when you run to--instead of from--the love of God.

Run the Race the Movie

On Friday Dr. Michael Rydelnik, Professor of Jewish Studies and Bible at Moody Bible Institute and host of Moody Radio’s Open Line joins Eric & Audrey Mornings for a Q&A.  Also, don't miss a big announcement about an upcoming conference in the South Florida area with Dr. Rydelnik as one of the speakers!  In addition to the conference, a live Open Line with Dr. Michael Rydelnik will be held on Saturday, February 23 at First Baptist Church, Boca Raton, Florida!  Register today!

To Register for Israel's Glorious Future and Open Line Event 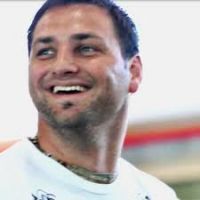 Robby Tebow was a Parade All-American baseball player, graduated from Carson Newman College, where he earned All-Conference honors in football.  After graduation, he served as Northeast Florida area director for the Fellowship of Christian Athletes.  He is president of XV Enterprises, a sports marketing firm handling Tim Tebow's endorsements and off-field activities. 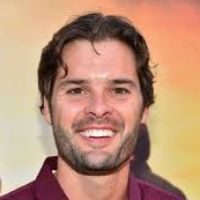 Chris Dowling is a writer, producer and director known for his work on such films as WHERE HOPE GROWS and PRICELESS and the television series Repo Games.  Chris earned his radio/television/film degree from the University of Texas and moved to Los Angeles in 2009, when he wrote and directed his debut film ROCK SLYDE featuring Patrick Warburton.