On Thursday New York Governor Andrew Cuomo signed a bill legalizing abortion until birth in many cases on the 46th anniversary of Roe vs. Wade. Join Eric and Audrey Mornings on Friday as they speak to Beau Heyman, Executive Director of First Care Women's Clinic in West Palm Beach, Florida about the ramifications of this tragic decision for the rest of the nation and what we can do to help.

Are you pursuing what's safe . . . or what's good? Sometimes it can feel like the only choice we have is to hunker down and try to survive in this dangerous, confusing world. What if God wants more for you than survival.  What if He has a plan to restore the goodness of the world, and what if you're part of that plan?  Join Eric and Audrey Mornings as they speak with Hannah Anderson, author of a new book, All That's Good: Recovering the Lost Art of Discernment. 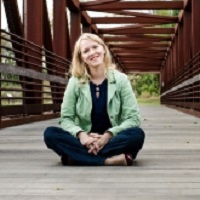 Hannah Anderson lives in the haunting Blue Ridge Mountains of Virginia. She spends her days working beside her husband in rural ministry, caring for their three children, and scratching out odd moments to write. In those in-between moments, she contributes to a variety of Christian publications and is the author of Made for More (Moody, 2014) and Humble Roots (Moody, 2016).