The God of New Beginnings

Nearly everyone has someone in their circle of acquaintances who struggles—an out-of-control friend or relative whose habits or relationships are in chaos. Is there any hope, or is he or she doomed to self-destruction? Pastors Rob Cowles and Matt Roberts say God is equal to the challenge! New beginnings are possible, no matter how broken, devastated, or crazy someone’s life may be. Join Eric and Audrey Mornings on Wednesday as the team speaks to Pastor, Matt Roberts, about The Genesis Project, that offers hope for those who lose their way. 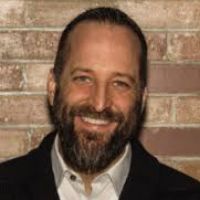 Founding/Lead Pastor of Genesis Project in Ogden, Utah, a church that has grown from one local site to become a model in multiple cities and towns across the United States.