Join Eric and Audrey Mornings on Monday as they kick off the month of December with special guest, J.R. Longstaff, hearing about the upcoming performances of the Fort Lauderdale Christmas Pageant held at the First Baptist Church of Fort Lauderdale. This Christmas show features a cast of over 300 performers in a one-of-a-kind celebration that brings together family, friends, and loved ones for one joyous night or afternoon of entertainment and celebration of the Christmas season.

George H.W. Bush, the 41st President, whose steady hand and foreign policy vision led the nation through a period of sweeping global change, passed away at the age of 94 on Friday, November 30, 2018.  Author and producer, Jerry Newcombe joins Eric and Audrey Mornings to share memories about this former president and the legacy he leaves behind. 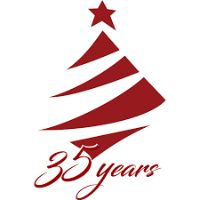