Hour 1: Gabriel and Ana - Museum of the Bible Winners

What was it like to travel to Washington, DC to see the Museum of the Bible in person?  And on the same day, can you imagine watching a live broadcast of Moody Radio's Open Line program with Dr. Michael Rydelnik?  Don't miss Eric and Audrey Mornings on Wednesday as they chat with Gabriel and Ana, a couple of our very own South Florida listeners who will share their experience at both the Museum of the Bible and watching a live broadcast of Open Line!

Is Socialism growing in popularity in America?  What are the dangers of this economic system that is destroying countries like Venezuela?  Join Eric and Audrey Mornings on Wednesday as they speak with Dr. Jay Richards, Executive Editor of The Stream and a Senior Fellow at the Discovery Institute who will give us an historical and present day look at Socialism's impact. 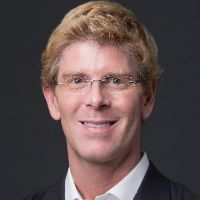 Jay W. Richards, Ph.D., is a senior fellow at the Discovery Institute and a contributing editor at The American magazine (american.com) and the Enterprise Blog (blog.american.com) at the American Enterprise Institute. Richards has been featured in the New York Times and The Washington Post, and he has appeared on Larry King Live. He also has lectured on economic myths to members of the U.S. Congress.