Hour 1: Dr. Michael Rydelnik with Thoughts on Tragedy in Pittsburgh

Another hate crime has happened, and unbelievably, in the United States.  Why is anti-Semitism on the rise?  Dr. Michael Rydelnik will join Eric and Audrey Mornings on Monday to share his thoughts on the tragedy and prayers for the Jewish people after the shocking event that took place over this past weekend.

Hour 2: Can the Church Thrive in a Non-Christian World?

Can the Church thrive in a non-Christian world? There was a time in our nation’s history when it seemed like everyone was a Christian. Now, depending on where you live in America, it can seem like no one is a Christian. Join Eric and Audrey Mornings on Tuesday when they speak with Jamie Janosz, publisher of Moody Radio's new program, Uplift, who interviewed new Moody Radio talk show host, Ed Stetzer in November's issue about this important topic.

Another shooting, this time the city of Pittsburgh.  Will there ever be peace in the world?  Charles Morris will share a few thoughts on ths shocking event in Pittsburgh that took place over the weekend. 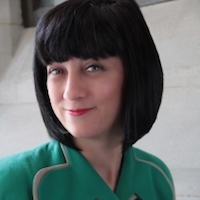 Jamie Janosz is the content strategy manager and managing editor of Today in the Word at Moody Bible Institute in Chicago, where she served on the faculty for 16 years. She is an author, speaker and columnist. She and her husband have been married for 24 years.