Don't miss Eric and Audrey Mornings on Thursday as they speak with Emmanuel Ogebe, an International Human Rights attorney about the plight of Leah Sharibu, a Christian teen who was abducted with a number of other girls by Boko Haram in February 2018.  Though most girls have been released, she remains in captivity, because she refuses to renounce her faith in Christ.

Hour 2: International Day of Prayer for the Persecuted Church

Join thousands of churches across the United States and the world in prayer for our persecuted brothers and sisters.  Sunday, November 4 is the International Day of Prayer for the Persecuted Church (IDOP).  On Thursday Eric and Audrey Mornings will speak with Todd Nettleton, Chief of Media Relations and Message Integration about Christians in Pakistan who are routinely threatened and persecuted for their faith. 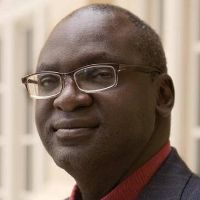