Lies Men Believe: and the Truth That Sets Them Free

Don't take the bait.  Like a seasoned angler, our enemy opens his tackle box and selects the lure most likely to attract his intended prey . . .but each lie--about God, ourselves, sin, work, family, money and more--we bite on ambushes our hearts and makes us a little less free.  On Thursday Eric and Audrey Mornings are joined by author, Robert Wolgemuth whose new book tells us it's time to embrace Jesus--the Savior--and humbly ask Him to fill us with His Spirit and fight back for us. 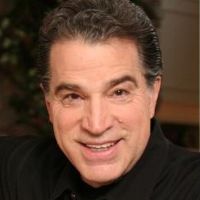 Robert Wolgemuth is a Bible teacher and best-selling author of over 20 books. His books include She Calls Me Daddy and the sequel, She Still Calls Me Daddy, The Most Important Place on Earth and What's in the Bible: The Story of God through Time and Eternity, co-written with R. C. Sproul. He has also written the notes to the Dad's Devotional Bible. Robert Wolgemuth has been in the media business for 40 years. A former president of Thomas Nelson Publishers, he is the owner of Wolgemuth & Associates, Inc., a literary agency exclusively representing the writing work of more than one hundred authors, including Joni Eareckson Tada, Ravi Zacharias, Alistair Begg and many more. Robert is the father of two grown daughters, two sons-in-law, and five grandchildren, ages 12–19. His wife Bobbie, stepped into heaven in 2014, after a lengthy and courageous battle with cancer. He and Nancy Leigh DeMoss married in November 2015.