Believe it or not, it's almost "Back to School" time!  On Friday Eric and Audrey Mornings will have Chris Lane, Executive Director of First Priority of South Florida as their special guest to encourage our listeners and their kids to be part of this year's "Campus Club Kick-Off 2018"!

Hour 2: Tortured for Christ the Movie

Also, don't miss the second segment on Eric and Audrey Mornings as they welcome Todd Nettleton, from Voice of the Martyrs to share about an inspiring new movie,Tortured for Christ, a cinematic retelling of the testimony of VOM founder, Pastor Richard Wurmbrand as written in his international bestseller.  The movie was produced to honor the book's 50th anniversary of its 1967 release.

Tortured for Christ the Movie 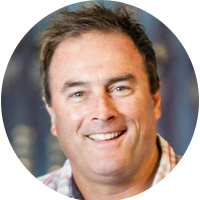 Chris Lane is the Founder and President of First Priority of South Florida. For the last 23 years, First Priority has been connecting the Church to reach the Campus for Christ. There are currently 228 First Priority Clubs at South Florida elementary, middle, and high Schools. In the 2021 - 2022 school year, over 3,000 students made a decision for Christ at a First Priority meeting. Chris is a graduate of Samford University in Birmingham, Alabama where he was a two-sport letterman. He has been married to his wife Wendy for 29 years and they have four sons: Josh, Jake, Jonathan, and Josiah.