The Supreme Court ruled Tuesday in favor of pro-life crisis pregnancy centers that counsel pregnant women to make choices other than abortion, invalidating a California law requiring them to prominently post information on how to obtain a state-funded abortion.  Wednesday on Eric and Audrey Mornings, Bruce Hausknecht, judicial analyst for Focus on the Family discusses this ruling with the Mornings Team and its impact on our nation.

Hour 2: The Transforming Presence of the Holy Spirit

Who is the Holy Spirit anyway?  We sing songs about Him. We’ve seen His name in the Bible. Most of us know He’s a part of the Trinity, but misunderstandings, confusion, and contention abound. And it’s keeping us from the abundant, satisfying life God has for us. On Wednesday, Eric and Audrey Mornings will have Daniel Henderson, President of Strategic Renewal, as their special guest to discuss how the Holy Spirit changes everything—from the inside out. 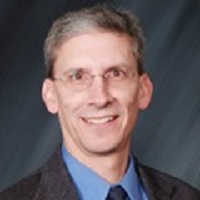 Bruce Hausknecht is the judicial analyst for Focus on the Family. He researches and analyzes legal and judicial issues related to Christians and the family, 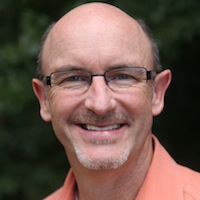 Daniel Henderson is the founder and President of Strategic Renewal International, he leads renewal events and coaches pastors across North America. His commitment to encourage pastors has allowed him to speak in plenary sessions and lead prayer experiences at dozens of national and regional pastors' conferences including the Moody Bible Pastors' Conference, Alistair Begg's Basics Conference, and John MacArthur's Shepherds' Conference. With a passion for world missions, he has traveled to over 45 countries. Daniel is also the National Director of The 6:4 Fellowship, a cross-denominational community of pastors focused on the primary biblical priorities of "prayer and the ministry of the Word" based on Acts 6:4. Daniel is the author of nine books and his articles have appeared in publications like Leadership Journal, Pray! Magazine, PrayerConnect, and ChurchLeaders.com.