Despite all the superhero hype, the problems and pain in our world aren't going away.  In fact, it often feels like the threats just keep coming.  But the good news is that God has placed you here for such a time as this.  Join Eric and Audrey Mornings on Tuesday as they enjoy another visit with Dan Stanford, the Moody Publishers author who has written the book, Losing the Cape.

On Tuesday, Dr. Michael Rydelnik, Professor of Jewish Studies and Bible at Moody Bible Institute and host of Moody Radio’s Open Line joins Eric & Audrey Mornings for a Q&A. Text or call us at 561-737-6035 with your questions about the Bible, and we promise you'll learn something as you listen!

Hour 3: Praying for the Persecuted Church in North Korea

What does this historic summit between the U.S. President and the North Korean leader mean for the persecuted Christians in North Korea?  How can we be praying?  Join Eric and Audrey Mornings on Tuesday as they speak with Todd Nettleton, Chief of Media Relations and Message Integration for The Voice of the Martyrs, USA. 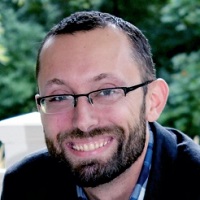 Dan is the senior pastor of The Well church in Kenosha, WI.  The church started more than 12 years ago as an independent church plant in his living room with 12 people and now holds 2 services in their own church building.  Dan married his wife and best friend, Suzanne, in 2002. They enjoy raising 3 fantastic boys.