Have you ever rescued a pet? Join Dawn and Steve Mornings for a fun conversation about our pets!

Carpe Diem is a Latin phrase that literally means "pluck the day" and is often translated as "seize the day." What does scripture say about "the day"? Dawn and Steve Mornings will discuss an article from Crosswalk by Danielle Bernock called "Is Carpe Diem a Biblical Principle?"

Michael Johnson, President of the Slavic Gospel Association (SGA), is our special guest on Dawn and Steve Mornings. Since 1934, God has used the SGA to share the Good News, plant churches and make disciples! Johnson will share about prayer updates and how we can support the work of the Gospel through SGA. 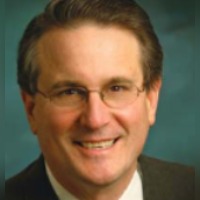 Michael began his career as an account manager and supervisor at highly respected international advertising agencies from 1986 to 1995, serving major consumer brands. He later moved to nonprofit agency leadership at KMA Direct Communications and Douglas Shaw and Associates, where he served as Senior Vice President for 11 years before rejoining SGA.

Michael is building on the solid biblical and ministry foundation laid by Peter Deyneka and Bob Provost, who will continue to serve as an advisor to Michael as President Emeritus.