Musician, Mac Powell, is a special guest on Dawn and Steve Mornings to share about stepping toward a new endeavor! Powell is part of the Drive-In Theater Tour and he might just be coming to a drive-in near you!

Hour 2: The Reopening of Schools With Nancy Duggin

This year, the "back-to-school" conversation will involve more than just new clothes, paper and backpacks! Independent Educational Consultant, Nancy Youree Duggin, will join Dawn and Steve Mornings to share her thoughts on this emotionally charged topic.

Recently, there has been a battle to maintain our religious liberties in this country. This week, the Supreme Court released two new rulings and it is encouraging news! Dawn and Steve Mornings will discuss an article from The Gospel Coalition by Joe Carter called "Supreme Court Delivers Two More Victories for Religious Liberty." 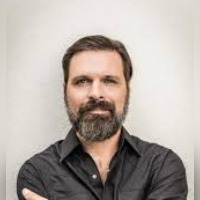 Mac Powell grew up in a small town in Alabama. His love for music began at an early age as both of his parents would sing and play guitar around the house. Mac soon began to sing in the local country church by day, and listen to his Dad's record collection by night.

When Mac was a sophomore in high school, he moved to Atlanta, GA where his passion for music and faith found an outlet in the band THIRD DAY. Over the past 25 years THIRD DAY has helped transform Christian music and built a devoted fan base while traveling the world many times over, selling 10 million albums, earning 4 Grammy awards, 1 American Music Award, 24 Dove Awards, and by being inducted into the Georgia Music Hall of Fame.

Along the way, Mac has been honored to perform in front of millions of fans around the world and play music with some of the best musicians in the industry. Many of these acquaintances both onstage and in the crowd have turned from friends into true family members, and now it’s time for a good old fashioned Family Reunion!

MAC POWELL and the FAMILY REUNION officially started in early 2018 as the next chapter of Mac's musical journey. The Family Reunion is a band that has developed over the past several years from the musical “brothers" that have been recording and playing live with Mac in support of his first 2 independent solo projects. 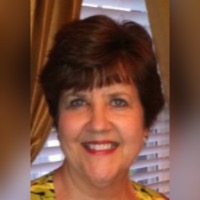 Nancy Youree Duggin taught for twenty-four years and holds a B.S. in elementary education and a master of education with an emphasis in early childhood. She is Tennessee’s first teacher to achieve National Board Certification by the National Board for Professional Teaching Standards. She has worked in the area of school improvement, teacher evaluation, and parental engagement. Additionally, she served as an elected member of the Murfreesboro City School Board in an effort to further her understanding of local educational issues and the inner workings of public schools. She now leverages her experiences as an educator in her work as a freelance writer. Nancy is passionate about her relationship with Christ, family, five precious grandchildren, mentoring younger women, prayer, reading, and hospitality.