Truncating the gospel. What does that really mean? Can the gospel really speak to our every need? Dawn and Steve Mornings will discuss an article from The Gospel Coalition by Bill Riedel titled "Don't Gut or Truncate the Gospel."

Staying well rested in our world today is a challenge! Dr. Saundra Dalton-Smith, M.D., is a guest today on Dawn and Steve Mornings to reveal why rest is no longer optional and to share about her book Sacred Rest: Recover Your Life, Renew Your Energy, Restore Your Sanity.

Founder and President of Replicate Ministries, Robby Gallaty, is a guest on Dawn and Steve Mornings to share about his mission to equip local churches to make disciples who make disciple-makers! Gallaty is also an author of several books including Recovered which tells the story of how God radically saved Gallaty from addictions and called him to a life of discipleship. Gallaty's latest book is called Replicate. 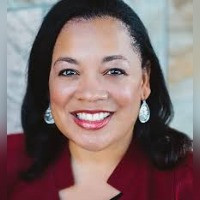 Dr. Dr. Saundra Dalton-Smith is an author, speaker, and board-certified internal medicine physician. She has an active medical practice in Alabama (near the Birmingham area). She received her B.S. in Biochemistry at the University of Georgia and graduated with honors from Meharry Medical College in Nashville. She has been an adjunct faculty member at Baker College and Davenport University in Michigan teaching courses on health, nutrition, and disease progression. Dr. Dalton-Smith is a national and international media resource on the mind, body, spirit connection and a top 100 medical expert in Good Housekeeping Doctors' Secrets. She has been featured in many media outlets including Women's Day, Redbook, First For Women, MSNBC, and Prevention. She is the author of Set Free to Live and Come Empty (winner 2016 Golden Scroll Nonfiction Book of the Year and 2016 Illumination Award Gold medalist). Her newest release is Sacred Rest: Recover Your Life, Renew Your Energy, Restore Your Sanity. She has shared her tips on merging faith and medicine with over 16,000 health care professionals to encourage the current and next generation of doctors to treat the whole person 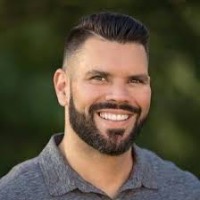 Robby Gallaty is the Senior Pastor of Long Hollow Baptist Church in Hendersonville, TN. He wasn't always a pastor though. For three years, he battled a drug addiction that ravaged his life. A $180 a day heroine and cocaine addiction forced him to steal $15,000 from his parents. After living without gas, electricity, and water for months, losing 8 of his friends to drug related deaths, watching 6 friends arrested, and completing two rehab treatments, Robby remembered the gospel that was shared with him by a friend in college and was radically saved on November 12, 2002.

Robby completed his Masters of Divinity Degree in Expository Preaching in 2007 and his Ph.D. in Preaching in 2011 from New Orleans Baptist Theological Seminary.

In 2008, he began Replicate Ministries to equip and train men and women to be disciples who make disciples.

Robby is the author of Creating An Atmosphere to Hear God Speak (2009), Unashamed: Taking a Radical Stand for Christ (2010), Growing Up: How to Be a Disciple Who Makes Disciples (2013), Firmly Planted: How to Cultivate a Faith Rooted in Christ (2015), Rediscovering Discipleship: Making Jesus' Final Words Our First Work (2015), and Foundations: A 260 Day Reading Plan for Busy Believers.

Robby's wife Kandi is as passionate about discipleship as he is. They are currently raising two disciple-makers named Rig and Ryder.