Today on Dawn and Steve Mornings, listeners share how God has used Moody Radio to impact their lives!

Hour 3: Concert on the Couch

Grammy and Dove Award-winning artist, Guy Penrod, joins Dawn and Steve Mornings to discuss his Concert on the Couch! 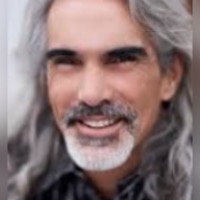 Guy Penrod is a Grammy and Dove Award-winning artist and an amazing vocalist. Guy, an inductee into the Gospel Music Hall of Fame, hosts for the sixth year, DayStar Television’s Emmy Award-winning “Gospel Music Showcase” program.  Guy’s combined career sales are now in excess of 4 million units and he is followed on Facebook by over 300,000 people. Penrod and his wife Angie were recently guests on Life Today with James Robison.  He is a repeat guest at The Grand Ole Opry and Guy was a featured performer, along with Kari Jobe, at the Faith, Freedom, & Future Inaugural Ball hosted by the Family Research Council in January 2017.