Today on Dawn and Steve Mornings author, Dan Britton, of Wisdom Walks will share what it means to have a purposeful walk with Christ. "WisdomWalking" isn't as complicated as it might seem and the journey is not meant to be taken alone!

Director of Faithkidz Ministries, Steve Pennington, is a guest on Dawn and Steve Mornings to discuss WOW VBS, a "Live Stream" broadcast event for kids and families! Pennington, one of the producers for WOW VBS wants to share how your family can view a fun, engaging, interactive program of worship, Bible stories and teachings and a presentation of the gospel message.

Author, global conference speaker and evangelist , Becky Pippert, joins the conversation during the last hour of Dawn and Steve Mornings to talk about her book, "Stay Salt: The World Has Changed: Our Message Must Not". Pippert encourages us to live life as an effective witness for Christ! 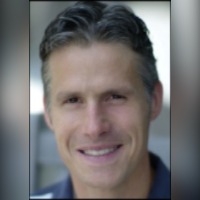 Dan Britton serves as the Fellowship of Christian Athletes’ Executive Vice President of International Ministry and Training at the National Support Center in Kansas City. He has been on the FCA staff since 1991, first serving for 13 years in Virginia and most recently as the Executive Vice President of Ministry Programs. At St. Stephens High School in Virginia and later at the University of Delaware, Dan was a standout lacrosse player. He continued his career by playing professional indoor lacrosse for four years with the Baltimore Thunder, earning a spot on the All-Star team, and was nominated by his teammates for both the Service and Unsung Hero awards. He has coauthored three books, WisdomWalks and WisdomWalks SPORTS, and One Word That Will Change Your Life and is the author and editor of eleven FCA books. Dan is now a frequent speaker at schools, organizations, churches, conferences, camps, conventions, and retreats. He still plays and coaches lacrosse and enjoys running, and he has run the Boston Marathon twice. He met his wife, Dawn, in an eighth-grade youth group. They currently reside in Overland Park, Kansas, with their three children: Kallie, Abby, and Elijah. 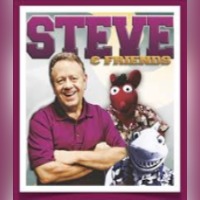 Steve Pennington is the director of Faithkidz Ministries. For more than 40 years he has given his life's work to creating and presenting programs that encourage, inspire, motivate and communicate the good news of the gospel to kids and parents.

In addition to his work as a children's minister, Steve is a storyteller, a writer/director, a video producer, a puppeteer, and a performer. His children's television efforts have earned him three regional Emmy awards. Steve has also written shows for theme parks such as Six Flags, Opryland USA, and Silver Dollar City. Steve was the master puppeteer for Walt Disney World's "Legend of the Lion King," "The Voyage of the Little Mermaid", and "Beauty and the Beast on Broadway." In addition, his Pro-Kids Family Show has been presented in more than 2000 elementary schools and performed at the annual White House Easter Egg Roll.

Steve served for five years at Saddleback Church as program director for children's ministries and is currently serving as children's pastor of Trevecca Community Church in Nashville, Tennessee. Steve lives in Nashville with his wife, Danielle. He has two daughters and three grandchildren. 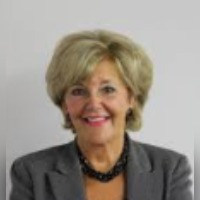 Rebecca Manley Pippert is an internationally known speaker who regularly lectures on spiritual renewal, evangelism and character formation for church conferences, at schools and colleges and in pastoral training seminars. She has also written several popular books on evangelism and Christian living. Her bestselling book Out of the Saltshaker has sold more than a half-million copies worldwide.