An uplifting story you don't want to miss! Dawn and Steve Mornings features an article from USA Today by Michael Clevenger of the Louisville Courier Journal called 'They saved me': How protesters protected a lone cop, a moment captured in powerful photos".

Dr. David Anderson joins the conversation today on Dawn and Steve Mornings to teach us about "gracism". Dr. Anderson is one of the world's leading authorities on building bridges across the deep divides of race, faith, culture and wealth.

Life is messy and we often want to run from being uncomfortable. Author, Dr. Deborah Gorton, says that we need to "radically accept" the uncomfortable! Dr. Gorton joins Dawn and Steve Mornings to talk about her book Embracing Uncomfortable: Facing Our Fears While Pursuing Our Purpose. 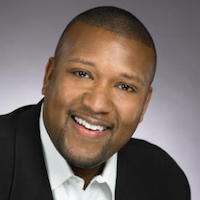 Dr. David Anderson is the founder and President of the BridgeLeader Network (BLN). He is also a pastor, author, speaker and a diversity consultant.

He has appeared on ABC, CNN, FOX, BET, TBN and C-SPAN television networks, and has been interviewed on more than 2,000 radio stations worldwide. Anderson is the bridge-building voice in the Nation's Capital as host of the daily radio talk show RealTalk with Dr. David Anderson on WAVA (105.1 FM) – the most listened to Christian talk station on the east coast and the 2nd most listened to in the nation. Dr. Anderson also hosted Real Talk with Dr. David Anderson on ABC2 in Baltimore, Maryland, for 4 seasons.

Dr. Anderson is the author of several books on race and diversity to include his newest book, How to Think Like a Gracist.

Dr. Anderson is also the founder and senior pastor of Bridgeway Community Church located in Columbia, Maryland and he and his family reside in Bowie, Maryland. 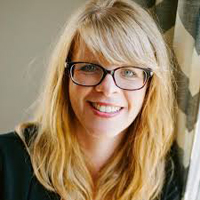 Deborah Gorton (M.A., Ph.D. Fuller Theological Seminary) is the Gary D. Chapman Chair of Marriage, Family Ministry, and Therapy at Moody Theological Seminary and Graduate School. She is a clinical psychologist and founding president of Siv Consultation. For more than 14 years, Deb has worked as a change agent for individuals, organizations, and emerging leaders, helping them refine, embrace, and thrive in their purpose. Built on the foundation of relationship, her core philosophy is that collaboration in community produces radical transformation. She is also the co-host of the new Becoming Well podcast through Moody Radio where you will discover how the truth of God’s Word intersects with your mental health and well-being.